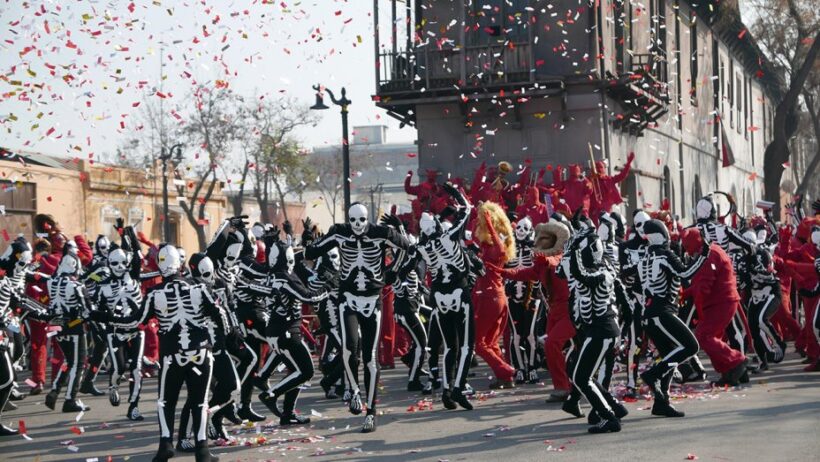 WRITTEN IN CANNES 2016 (01): ENDLESS POETRY: THE RHETORIC OF EXCESS (OR THE REACCIONARY TRANSGRESSION)

The worst of all esotericisms—because indeed there is a whole tradition of unverifiable beliefs which, at least, have committed to a laborious aesthetics of delirium—has various apologists in Cannes. For a second time, the Director’s Fortnight has endorsed its spiritual leader; Alejandro Jodorowsky is back, followed by his congregation. A full theater, a great ovation; cinema in service of an undefined faith written in ambiguity and clichés endorsed by Descartes’ people as if they were necessary truths and just as plain to see as that assertion that goes — Cogito ergo sum. And what can be said about our American colleagues? For them, the creator of Psychomagic is at his best moment as a filmmaker. And the Americans are not alone in this opinion. The Spanish and the Russian bow down to Jodorowski too, and see him as the epitome of freedom in cinema. Irrationality’s charm is seductive in different geographies.

Everything began a few years ago, when the so-called Southern Master of Metaphysical Transgression returned to cinema after a years-long absence. La danza de la realidad had its premiere at Cannes and the autobiography of this libertarian preacher had images for the first time —his tale opened in his childhood. Now, it is time for the birth of the poet and his worldly consolidation; an epic of the Self, in the eyes of its director. The way things are going, we’ll get more; in Poesía sin fin we already see the announcement of a journey—with inordinate intentions—to France. And daring to prophesize a bit, it could be foretold that his next film will deal with magic and its secret lore. In Poesía sin fin there is a shot about tarot that could very well be a glimpse of the future.

Poesía sin fin shows the genealogy of a poet. Everything begins in the 1950s, at Matucana, a working-class neighborhood where Jodoroswky’s father opened a business. In the film, all proletarians are potential thieves and, right from the opening minutes, kicking them becomes allowed — when a workingman steals a product from the shop. In Jodorowsky’s poetic universe working people are dirt. And that sets the tone of the whole first act of the film, in which we follow the confrontation of a sensitive son and his relentless father. In the eyes of the father to be a poet equals being a faggot, so the son will have to fight to death in order to defend his life call. In the second act, poetry is related to eroticism. The young poet meets Stella Díaz, a regular customer at Café Iris —place which Jodorowsky imagines as a neat, metallic space where all waiters are elderly people who move noticeably slow, and where clients look like the living dead. Díaz will bring along sex and a conflictive friendship with another poet, Enrique Lihn; but, rather than characters, these—as everything else that happens in the film—are caricatures. During this act he also meets Nicanor Parra, whom Jodorowsky favors above Pablo Neruda, who is too much of a militant poet for him. The third act circumscribes to the consolidation of the poet, a profession which, for Jodorowsky, is somewhat similar to that of clowns. The film’s epilogue is didactic and sentimental: Jodorowsky announces a trip to Paris to resume and correct André Breton’s surrealism. But before departing, he says goodbye to his father. And Jodoroswsky, in person, directs the scene within the scene. The younger version of him bids farewell to the father while Jodorowsky himself watches. During this reconciliation, Jodorowsky tells all the characters what to do in order to stage a proper send-off. Love has to be expressed properly — to hug, to feel the body of the other, to shake hands, all of that is for repressed folks.

Visual laziness is not as blatant in Poesía sin fin as it was in La danza de la realidad, and there are even some shots with some visual-field depth. Definitely, the short-sightedness of his previous film is overcome and it has to be conceded that Jodorowsky did think a bit more about the filmic material here — the combinations of colors and the ways used to register space indicate he was paying attention. The best sequence in the film, the second-to-last one, is a proof of it; hundreds of people disguised as corpses and demons advance through the street in a joyful procession, a pleasing and chromatically efficient choreography. And in this esoteric parade—symbolically overloaded as everything else we see on the screen—is where the filmmaker’s rhetoric of excess unfolds all of its power… and all of its limitations. To saturate the visual field is a way to distract and not to make overly evident the unbeatable triviality of his work.

As a filmmaker, Jodorowsky is unaware of the power of hints. He explains it all, he shows it all. Right from the beginning and all the way to the end, ‘fire’ is the operative word. All the poetic lines presented have to do with fire and combustion is the ruling spiritual figure in the film. There is an abundance of poetic metaphors related to fire and, in order to cast out any doubts and to mark the message with a red-hot iron, even the house of the protagonist’s father burns down to ashes. Burn, burn, burn, that is the matter at hand and the salvation — to burn out the Self, to despise sense, and to embrace the creative chaos that underlies the world.

Jodorowsky’s innocuous transgression is based on the repressive and generalizing hypothesis that all people obey whatever The System proposes to them. But The Poet is an eccentric and full-of-life character who withdraws from that imposed order of things and finds the father figure similar to that of an ogre. And the way to cast away social shackles is to shock at any cost and to present excess as a baroque vitalism below the rules of social decorum. An example of it is using a menstruating dwarf woman to have sex with the young poet so then he can utter some wise words to reverse repugnance — “Blood is sacred.”

In the most ridiculous scene in the whole film, Jodorowsky goes out for a walk wearing a pair of huge green shoes. A man in the street asks him where he bought the shoes and the poet goes on to explain the reason why he bought them and why he likes clowns; and, right then, the poet begins a circus act that opens with him farting and ends with him crowd surfing as if he were some sort of rocker Jesus Christ. After he declares his unstoppable desire to be a poet, the world recognizes him as the enlightened one.

Jodorowsky’s transgression scorns economics and disdains any political reading. But the horizon of possibilities for any transgression depends upon a precondition — recognizing a law and having the will to disobey it. Thus, this poet’s transgressions are flat and laughable, without any critical consciousness nor any questioning of the place from which insubordination is dealt out. Jorodowsky’s cinema—with its clumsiness and its graceless filmic ideas, with its omnipresent literalism incapable of any quotation marks, which sustains itself on excessive allusions, is just the kind of transgression wanted by the system it struggles against.

* Written on May 2016 during Cannes Film Festival