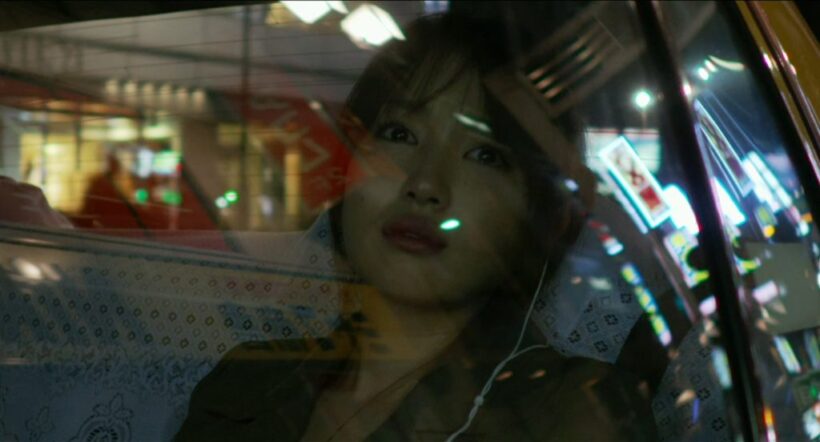 THE LAST FILM: FEW WORDS ON LIKE SOMEONE IN LOVE

After some time spent experimenting (Five, 10 on Ten, Shirin), Abbas Kiarostami seems to have found a new way; leaving behind the Iranian villages and children of his cosmic and political fables he now seems to portray the universal way in which desire functions, first in Europe (Certified Copy) and this time in the Far East.

Native from a rural area, Akiko lives in Tokyo and has decided to work as a “model” in order to study Sociology. Her first day at that job overlaps with a visit from her grandmother. At first she is unwilling to comply with her boss, but he ends up convincing her to go to her appointment. While a driver is taking her to the client’s house, Akiko begins listening to her grandmother’s phone messages —is she going to see her or not? Both because of its length and its dramatic progression this is a memorable scene where Kiarostami proves himself as a true master of suspense. This sequence also shows a recognizable obsession: the filmic nature of cars.

Takashi, her first customer, is a renowned translator and writer who instead of a degenerate is a kind old man. So their night will lack all eroticism and their encounter will become an unexpected crash course on clarity (Takashi is a bit alike the taxidermist in Taste of Cherry —a sage of disillusionment).

And then Noriaki, Akiko’s boyfriend, will show up; but, wasn’t her grandmother the one paying her a visit? Anyway, they will both get into a car together with Takashi and they’ll drive around as they talk. Is this a heterodox comedy of manners? Yes, it is, up to a point. The interesting thing here is the nature of dialogues, their philosophical function and their effects on the lives of the characters, which is a constant in Kiarostami’s work. Is this a masterpiece? The opening sequence is a true lesson on montage, the function of mirrors throughout the film is fascinating, the unpredictable nature of the plot is a stroke of a genius, and the abrupt ending —as the rest of the film— stays far away from all filmic clichés.

Tags: ABBAS KIAROSTAMI, Kiarostami in Japan, Like Someone in Love