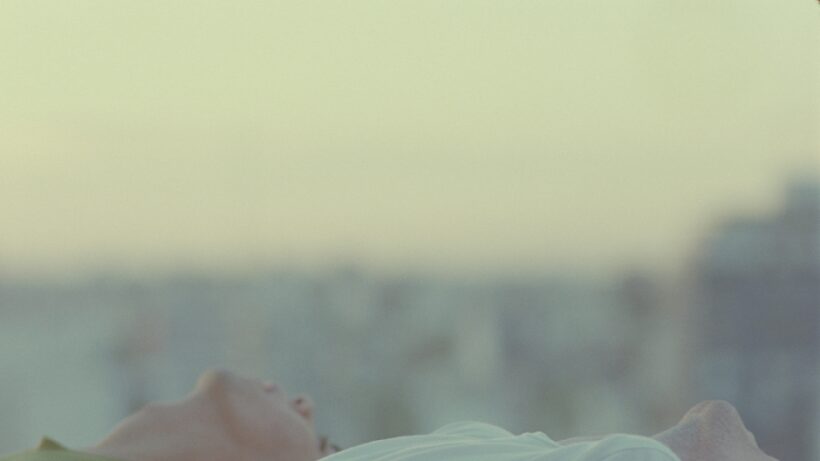 SHORT REVIEWS (06): EL RUIDO DE LAS ESTRELLAS ME ATURDE | THE SOUND OF THE STARS DAZES ME

A hypothesis: young Argentinean director Teddy Williams —who on May, last year, was in Cannes with Pude ver un puma and premiered El ruido de las estrellas me aturde in Rome a bit later— is committed into a quest and is not inhibited to radicalize an intuition: cinema can depart entirely from the order of narrative and play in a whole different field; one that is more directed to the senses, more oneiric, where shots are not under the obligation of being linked logically or producing a holistic final sense. To feel doesn’t necessarily mean to react to a syllogism or a concrete dramatic situation.

The opening panoramic high-angle shot of the sea shows a group of characters talking on their cell phones as if they were on a city pedestrian street instead of by the sea. This procedure will be repeated later, when a woman walking on a mountain explains architectonical projects for the region, giving a description that simply doesn’t match with her surrounding landscape. The chatter of a group of friends is perceptibly a deliberated verbal attempt to produce sheer nonsense. Or it might be a youth championship of free association. Everything they utter is nonsense. This is a drunkard, dope-head conversation without falling into the classic stereotype of young drunk or stoned kids. At some point these friends will find a tree with hair on it and will end up talking about an implausible religion; at that point, the lens shows an extreme close up on an ant. The last thing we can see is a white sphere; it might be the moon, or it might not.

Free-association speech and lack of continuity in the staging are contained with a remarkable formal work which proves Williams’ control of space. The elegance of a deep focal-length shot to see the pas- sengers of a train shows Williams’ talent. He might be a bit dazed, but he is never distracted in the quest he devoted himself into.