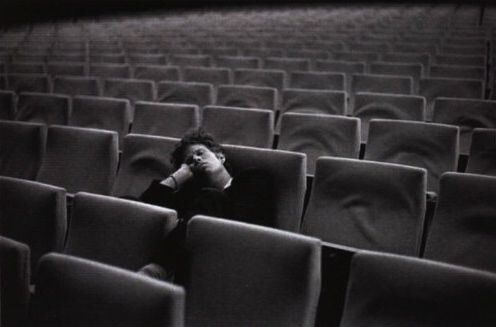 It is with concern that we regard the situation of film and criticism.

During the last decades, distributors and exhibitors have given up the idea of repertory cinema and replaced it with arthouse. Currently, only very few places offer programming that presents an alternative to the mainstream. Under the term arthouse, a conventional and formulaic cinema has prevailed – under the signature of pretended good taste. Excluded from the stock of distributors, art finds a solemn shelter on the film festival circuit.

Sporadically, festivals are now taking over the role of repertory cinemas. At the same time they face a growing pressure to justify themselves in the face of sponsors, distributors and supporters. As in the other fields of film exhibition, the submission to market logic, target audience orientation and political agendas poses a growing threat.

Along the same lines, criticism itself faces a drastic dilemma. To articulate itself, it needs to adapt its thinking to the norms and conditions of contemporary markets. During this process, it trades in its sovereignty and becomes service. Independent thinking is replaced by reflex.

Those who turn in free thinking lose the capability of questioning the establishment. Frameworks are declared as determinants. Visions are abandoned. The lack of economic perspectives must no longer lead to intellectual assimilation.

It is the turn for criticism. It still conveys the potential to explore daring positions. Criticism needs to overcome its passive pragmatism and reclaim an activist practice.

We are willing, individually and collectively, to pursue an activist kind of film criticism.

We are willing to face economic risks.

Activist criticism reflects upon aesthetical programmatics even when they seem to be of no concern. It examines the social dimensions of works even when those are not a visible part of the subject. With great curiosity it regards what appears as mundane. It defends passion and condemns routine. It negates the term of “simple entertainment”. Film and criticism can be joyful.

Activist criticism comments on the state of cultural politics, its premises and limitations – even when no one has commissioned such advice. It contextualizes film within the conditions of the market, of production and funding. Through this process, it creates awareness and points out the limitations of perspectives.

Activist criticism is subversive. It undercuts a construct that has been established on pragmatist lies. It invalidates the automatisms of favors and the favorable.

Activist criticism does not limit itself to proclamations, but enters the field. It is a creative and stimulating force.

Our first measure of activist criticism is the launching of a Critics’ Week at the Berlin International Film Festival.

We will no longer accept the abuse of film criticism as service.